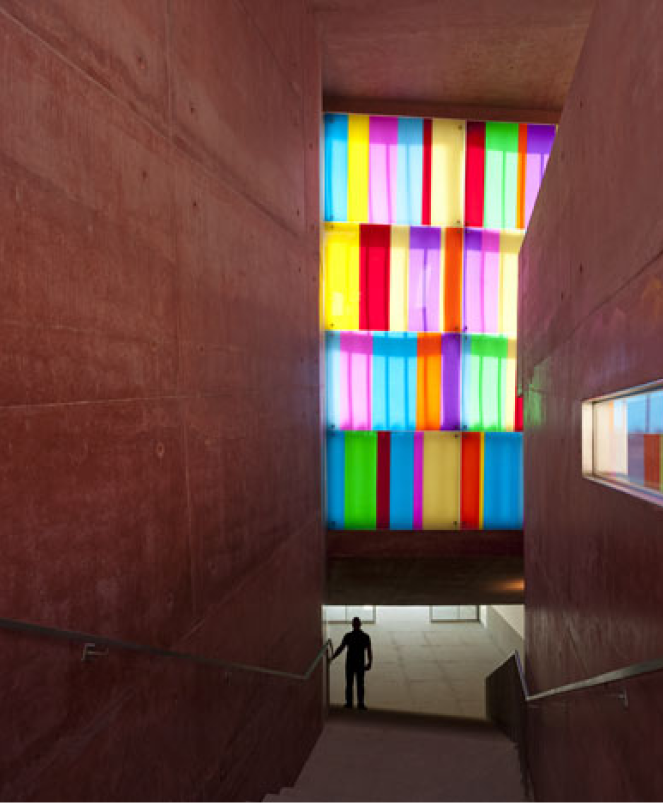 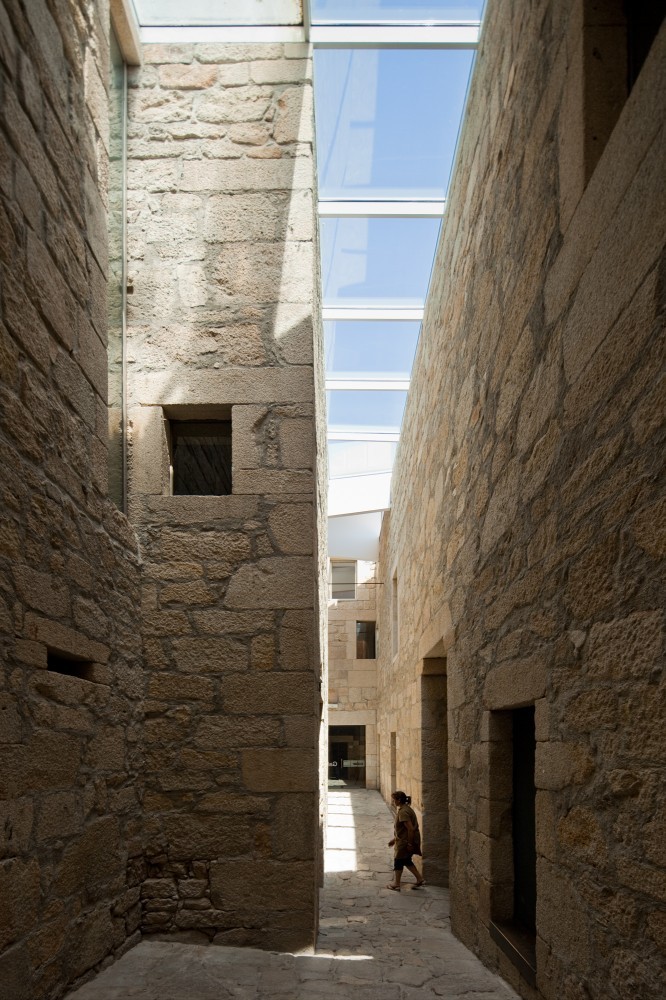 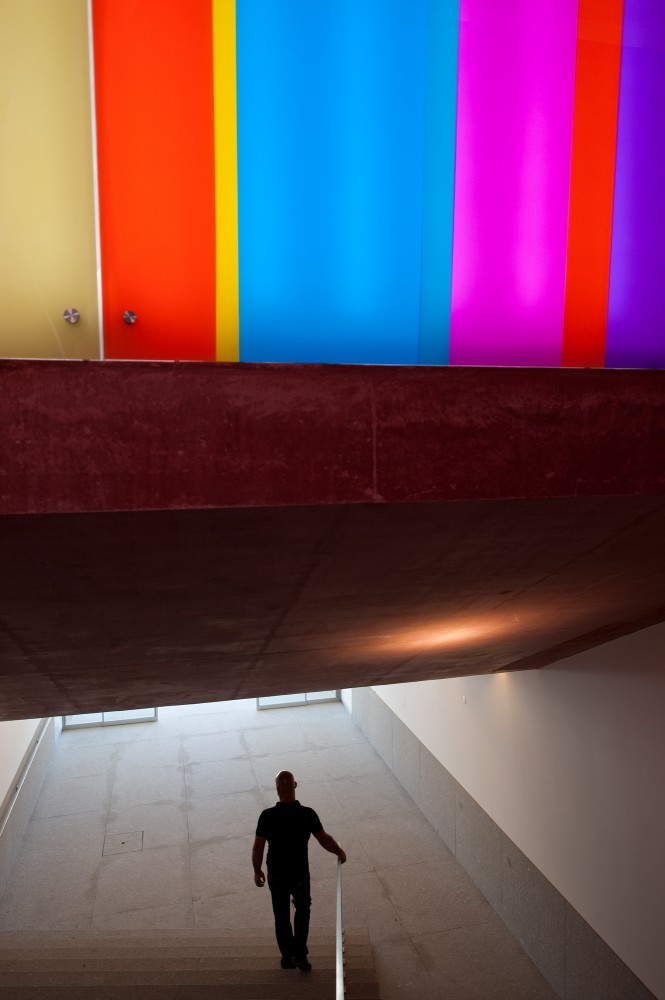 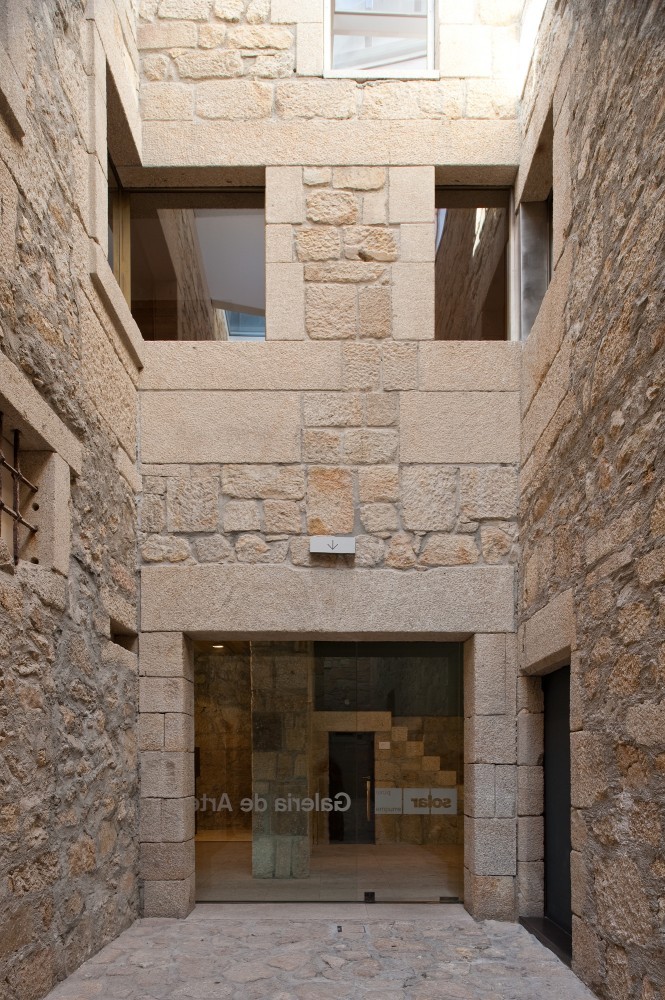 "There is, however, a border territory, by definition a space for audiovisual experimentation"

In recent years we have witnessed a proliferation of artistic pieces that many consider cinematographic, but more commonly as videos in any digital format, in which a recycling, or at least re-utilisation is evident, either of somewhat extrinsic techniques or processes - considering that the process may be legitimised for being one's own invention and not someone else's - or of sound and image contents belonging to a borrowed memory. Examples of this are the videos that are made a little everywhere of the montage of family films or of anonymous reporters in any busy city: it has become common to resort to images, in Super 8 or 16mm format, usually shot in the 60s or 70s according to the inspiration of the moment of any individual possessing a camera. Also the use of digital archives of older films, some of which date back as far as the silent era, is increasingly frequent thanks to the growing availability from public domain servers on the internet. These are pieces that have been made possible mainly thanks to the newly acquired ease of manipulation of digital video, the popularisation of media previously reserved for professional use, for experienced amateurs or simply for those whose financial means allow it. There is, however, a frontier territory, by definition a space of audiovisual experimentation, of cinema and video and of the other arts that somehow prolong and reinvent them, where spatial objects are created in diversified contexts of sound and image projection.

The digital culture that we know today operates from a state in which the experience of images has profoundly modified the cinematographic perception, due to the way in which it has been removed from the exclusivity of cinemas. It has ceased to exclusively explore narrative, representation, or canonical two-dimensionalism, to open the way for an investigation into a set of dematerialised and liberal properties, that is, on the fringes of the technical obligations of cinema.

Repetition makes the habit, and thus new conditioning is formed on the digital culture that, from the newly acquired ease of manipulation of digital video, from the popularisation of the media previously reserved for professional use, for experienced amateurs or simply for those whose financial means allow it, build a frontier territory that in turn defines an experimental space for the use of image, namely cinema, video as well as other artistic manifestations, that somehow extend and reinvent the digital culture and, as a direct consequence of the contemporary art system, the way images are worked, mediated and curated in an exhibition context.

The concepts derived from appropriation, transmutation and recontextualisation are therefore considered fundamental, the dialogue between the artists materialised through their works, whose experimentalism, which falls within the vast field of cinematic art, is a catalyst of (re)productivity, as a possibility of capturing new sensations through the laboratory exploration of a pending medium in the same function.

Thus, the motivation for the genesis of the Solar Galeria de Arte Cinemática in Vila do Conde arises, as a space of intervention between cinema and the plastic arts, which, in general terms, translates into a place that is propitious for new readings and reinterpretations of the material on show, seeking a diversity of types of works in relation to the physical context of their presentation that essentially reflects on the idea of expanded cinema, through a programme that is meticulously devised and consequently materialised in space.

The Solar, thus becomes a place of critical consolidation, as a result of the constant occupations. Simultaneously it is, according to the directors and coordinators of Solar themselves, a space of permanent evolution, unfolding and including the artistic practices that place themselves in the frontier of cinema. Specific but simultaneously enlarged, to the extent of the growing place that cinematic art has occupied in the context of contemporary artistic practices.

"As the name suggests, the project favours animation cinema and in this way seeks to create dialogues from cinema for the younger audience thus highlighting a pedagogical character"

In this context of ample incentive to artistic production, it becomes imperative to include in this circle of exhibition projects, the event Animar, which since 2005, has been affirming itself as one of the most consistent and important educational projects of Vila do Conde and the Minho region in general. Besides an exhibition held annually at the Solar, Animar is characterized by the continuity of the educational offer and service carried out throughout all months by the team of Curtas Metragens CRL, in partnership with several entities and school institutions. As its name indicates, the project privileges animation cinema and thus seeks to create dialogues of cinema for the younger public, thus highlighting a pedagogical character. The program designed for this event intends to be wide and dynamic enough to capture the attention of the public that, besides viewing some short animation films, is also invited to participate in workshops and ateliers, having as instructor the artists represented in the respective edition of Animar or a special team dedicated to the educational service. In this way, accessible and transparent dialogues are created, from a field of work that unfolds some techniques used in the cinematographic universe of both documentaries and animation elucidating the participants of the functioning and creation of films. From primary school to higher education, there is also the opportunity to make projects, which may be films or other plastic productions based on the cinematographic idea, under the guidance of national and international artists, thus broadening the artistic experience of the invited students seeking to stimulate their interest in cinema. In the long term it generates impacts of cultural and artistic nature, imperative in the community.

"A space that is both interior and distinct to the gallery that itself carries over the idea of the blackbox to make room for installations and/or performances unique to the Solar and the artist."

The history of the Solar Galeria de Arte Cinemática has been marked by the encouragement of artistic production, the development of a continuous work of dissemination of site-specific installations, through cooperation with artists and other institutions that somehow orbit in a more or less assumed way the field of "expanded cinema". In this sense, it was created the project of incentive to the creation of art works in situ, for national and international artists, called Cave. A space simultaneously inside and distinct from the gallery that carries the idea of blackbox to give place to installations and/or performances unique to the Solar and the artist.

The works presented in the Cave space first appeared in 2007/2008 as independent projects from Solar's exhibitions, with their own rhythm and place. This cycle began with the installation A Potrait by Christina Flower based on The Portrait Of A Lady, by Henry James. Also in 2008, the artist Ana Pereira presented A Tela De Uma História Que Não Se Luz, a photographic work about the cinemas in the city of Porto. The following year, the Cave hosted three other installations: Toy Theater by Catarina Campos, with images constructed from shadows of the "object-woman", which assumed an opposition to female alienation; Hope Junkies by Luís Espinheira, a series by the artist that revealed situations and contradictions present in our society that remain unanswered and, Graveless by António Leal, which recovered the archaeological object by putting into question the spatial functioning in the myth of the cave.

In a second phase, the works exhibited there, although autonomous, appeared in articulation with the gallery's main exhibitions, sometimes being proposed by the artists exhibiting at Solar. Thus, alongside the exhibition Montage, by Filipa César, a film by Lopes Barbosa, presented by Mónica Lima, in collaboration with the Cinamateca Portuguesa (2010), was shown in the Cave Deixem-me ao menos subir às palmeiras. Other examples of these Solar / Cave dialogues, almost always involving Portuguese artists, are the exhibitions by Alexandre Estrela / Carlos Godinho (2011), Miguel Palma / Pedro dos Reis (2012), João Louro / Nuno da Luz (2013), Carla Filipe / Pedro Magalhães (2014), Louis Patino / Carla Andrade (2014), in which the former invited or suggested the latter, thus providing a broader exhibition with parallel discourses that condition themselves. In this space of convergences and intersections, the performing arts have also been occupying a prominent place in the Cave's programming, presenting themselves independently or as an integral part of the projects. In the specific case of the exhibition Laissez Vibrer, by Nuno da Luz (2013) it was accompanied by a performance of the piece Havin never written a note for percussion, by the American composer James Tenny (1971), adapted for drum cymbals.